Why Should I Bother to Vote?

Another election is upon us, and some would say what’s the bother? It’s a small, unimportant contest, we might think. Is it really crucial for me to participate?

The answer, I believe, is yes. Especially if you are a Christian. I can think of at least four reasons.

ONE: Voting is an act of obedience to our faith.
Jesus said, “Render therefore unto Caesar the things which are Caesar’s…” (Matthew 22:21). Jesus was speaking here about taxes, but I think we can easily extrapolate to voting. Since in the U. S. the authority is in the people themselves, voting is an act of obedience. Martin Luther King Jr. once said, “Let us never forget that government is ourselves and not an alien power over us. The ultimate rulers of our democracy are not a President and senators and congressman and government officials, but the voters of this country.”

TWO: Voting is a way to seek the good of our community.
Jeremiah inspires up to make the most of our time here on earth and to improve our communities (29:5-6). As a Christian, we should be about working for justice and for human rights as an outflow of loving thy neighbor. Voting is one way to do that. Dwight D. Eisenhower said, “The future of this republic is in the hands of the American voter.”

THREE: Voting is an expression of our freedom in this country.
Billions of people in this world live in countries that are oppressive, living without basic human rights and freedoms. Voting is, in a way, an expression of thanksgiving for the freedoms we have. We should never take for granted what we have! Alexander Hamilton emphatically stated: “The people alone have an incontestable, unalienable, and indefeasible right to institute government and to reform, alter, or totally change the same when their protection, safety, prosperity, and happiness require it.”

FOUR: Not voting is a sin.
Sins can be categorized as sins of commission (doing something we’re not supposed to do) or sins of omission (not doing something we are supposed to do). Thus defined, not voting can be considered a sin of omission. “Remember, it is sin to know what you ought to do and then not do it” (James 4:17). Daniel Webster famously said, “Bad politicians are sent to Washington by good people who don’t vote.”

So whether the election seems to be a big one or small, vote. Take advantage of your rights as a citizen and make a difference. 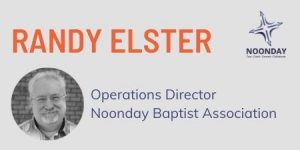 Feel free to use this blog post or the social graphics below from Noonday! 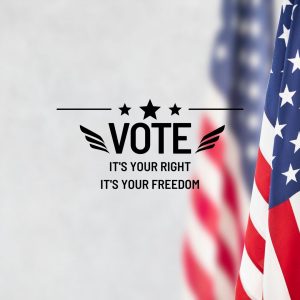 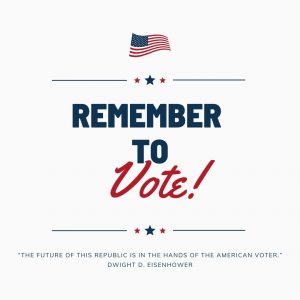 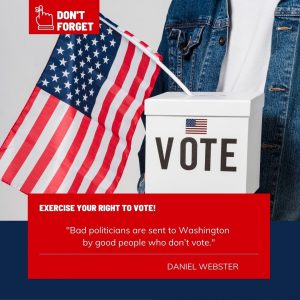